Adams Grain Bins began as a side business of Adams Inc.

Adams Inc. was started by Bob and Mike Adams (father and son) over 40 years ago as a polyurethane insulation contractor (spray foam). Adams Inc. became a dealer for Sukup grain bins around 2001. Selling grain bins was the idea of neither Bob or Mike. Many of their spray foam customers are farmers. These farmers wanted another local supplier of grain bins. They approached Mike with an opportunity, ‘If you become a bin dealer, we will buy from you.’ Thus, Adams Grain Bins was born.

The farmers didn’t want just a basic storage bin like those common in the area. They wanted a hassle-free storage system, with good aeration and in-bin sweeps. They took Mike on a tour of several different bin manufacturing companies. After several stops, they arrived at Sukup Manufacturing. During their meeting with the owners of Sukup, they knew they had found the right company, and even bought some bins on the spot. Bob and Mike weren’t chosen for their good looks, rather for their honesty and integrity. It was clear to the farmers that Sukup Manufacturing shared the same ideals.

In 2010 more family members began looking to joining the family business. It was determined that there was enough demand for quality grain storage that grain bin sales could support a family on its own. The growth of Adams Grain Bins comes from the quality of service coupled with the best technology in the industry. Rather than competing on price, Adams Grain Bins focuses on creating value. Helping farmers to understand and use their grain storage as an investment. A grain storage from Adams Grain Bins includes features that are common in the Midwest but until recently were almost unheard of in Idaho. Every bin includes a fully aerated floor, in-bin sweep, full cage ladder or side-wall stairs, and a fan with generous air flow. Optional features include grain level indicators, vertical unloads, temperature and moisture monitoring, in-bin drying systems and more.

Customer education is a continuing process helping people to see that a bin is not simply the place you put your grain between harvest and delivery/sale. With the right equipment, quality grain storage is an investment that can reduce your operating costs with fewer trucks and personnel at harvest time. On-farm storage can reduce harvesting equipment requirements because you can start cutting two to three weeks earlier. In addition, grain bins from Adams Grain Bins provide greater safety, increased yield, better test weight, higher quality, reduced or eliminated use of chemical pest controls, etc. When grain storage is built and understood to be an investment, it will simplify operations, place greater control in the hands of each farmer, and grow the bottom line.

Health and safety concerns about grain storage are growing. It is important to know that a storage system built by Adams Grain Bins can be unloaded, including operating the sweep, without ever entering the bin. This reduces or eliminates the need for shovels, breathing grain dust, hurting backs and other injuries. Some of Adams Grain Bins’ customers in their 70s have unloaded and swept out our bins by themselves in a single day. They said it was the easiest load-out of their life.

Send us a message 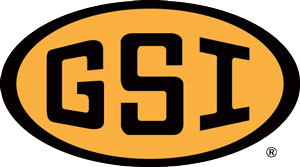